In case you were wondering, yes, bacon does make shrimp better!  Wrapping shrimp in bacon and basting with a sweet BBQ sauce makes for a tasty appetizer that won’t last long.  Making BBQ Bacon Shrimp on the Primo is easy- just make sure to pre-cook the bacon enough so the end product isn’t rubbery – keep in mind you won’t want to crisp it until after you roll it. 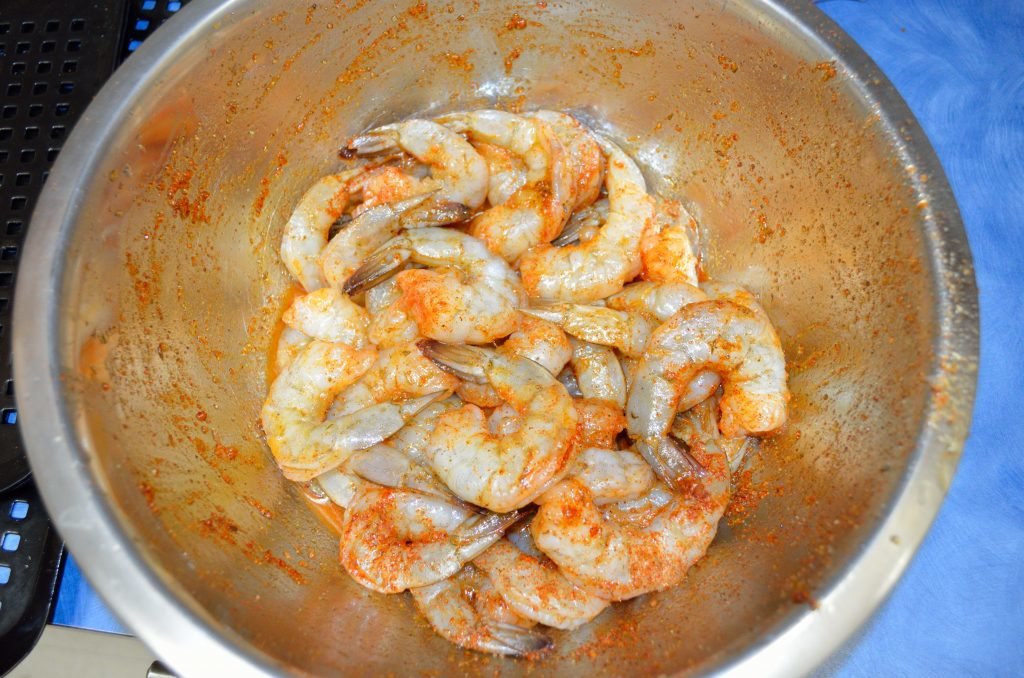 For this, we used 2 lbs of jumbo shrimp (16/20 count) deveined with the tail on. We coated them with 2 tablespoons of olive oil and 3 tablespoons of rub. 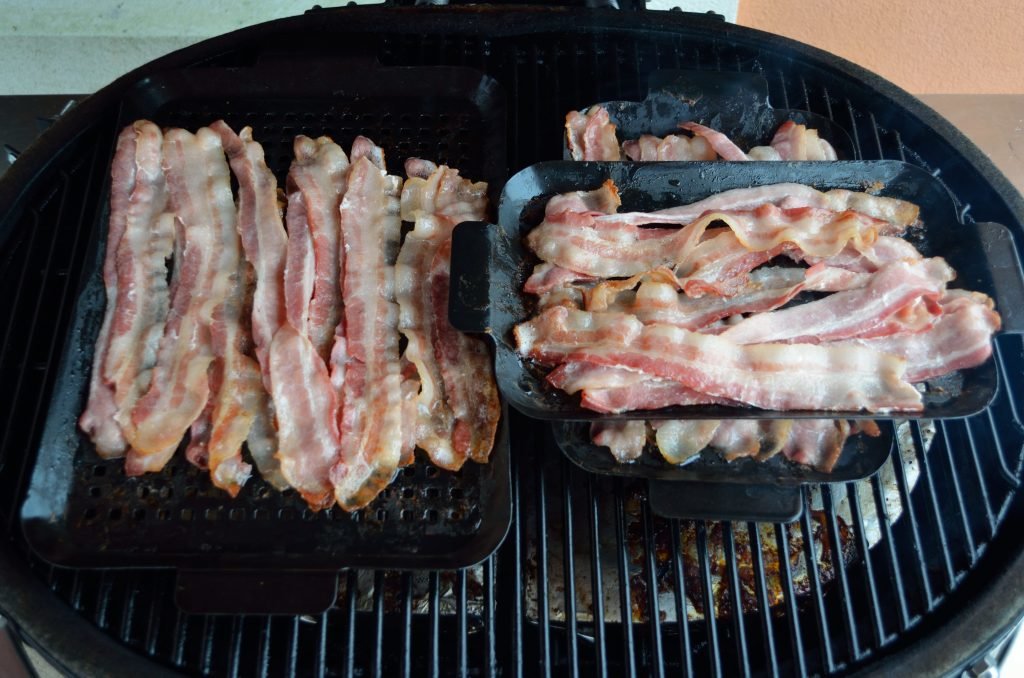 Prepare the Primo to be used as an oven with both ceramic plates. Target 375 degrees or so. The very important first step is to par cook the bacon for 10 minutes or so. Nobody likes rubbery bacon.  We used 2 lbs of bacon. (not thick cut) 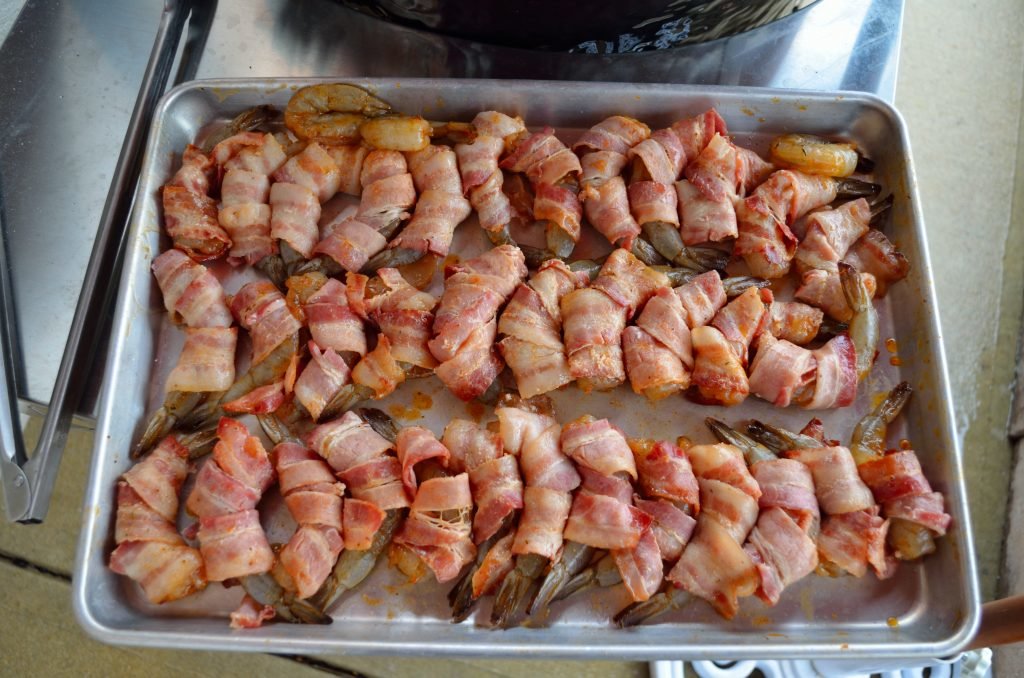 After letting the bacon cool for a couple minutes wrap each shrimp. The ratio of shrimp to bacon was pretty even- we only had 3 lonely shrimp. 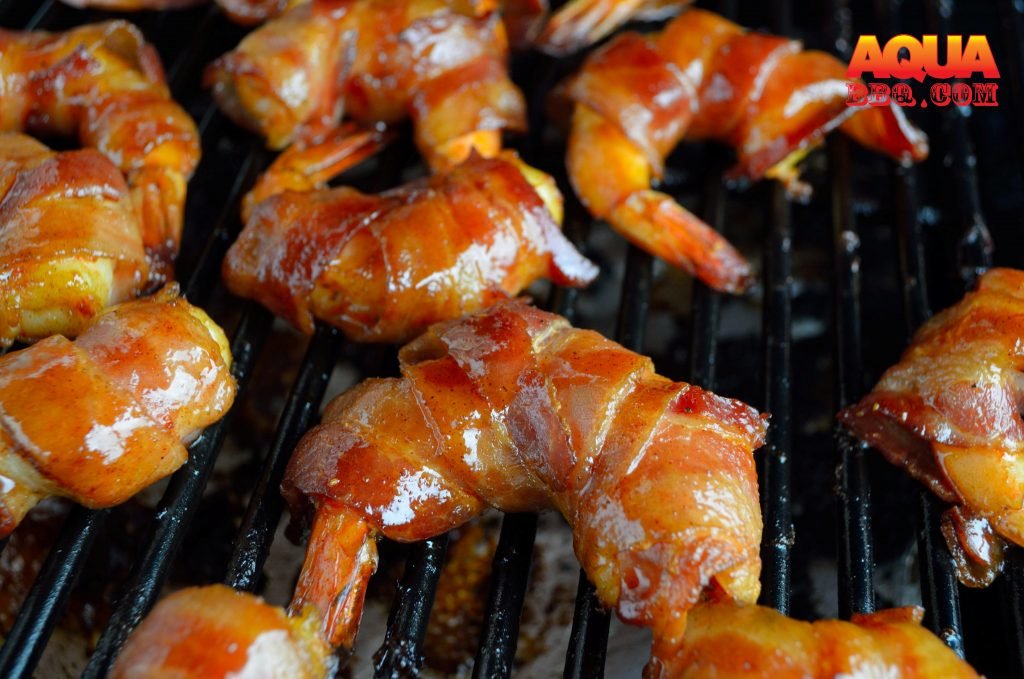 At 375 let them cook for 10 -15 minutes until the bacon has crispy edges and then baste with your favorite BBQ sauce. For this we used Sucklebusters Honey BBQ Sauce. 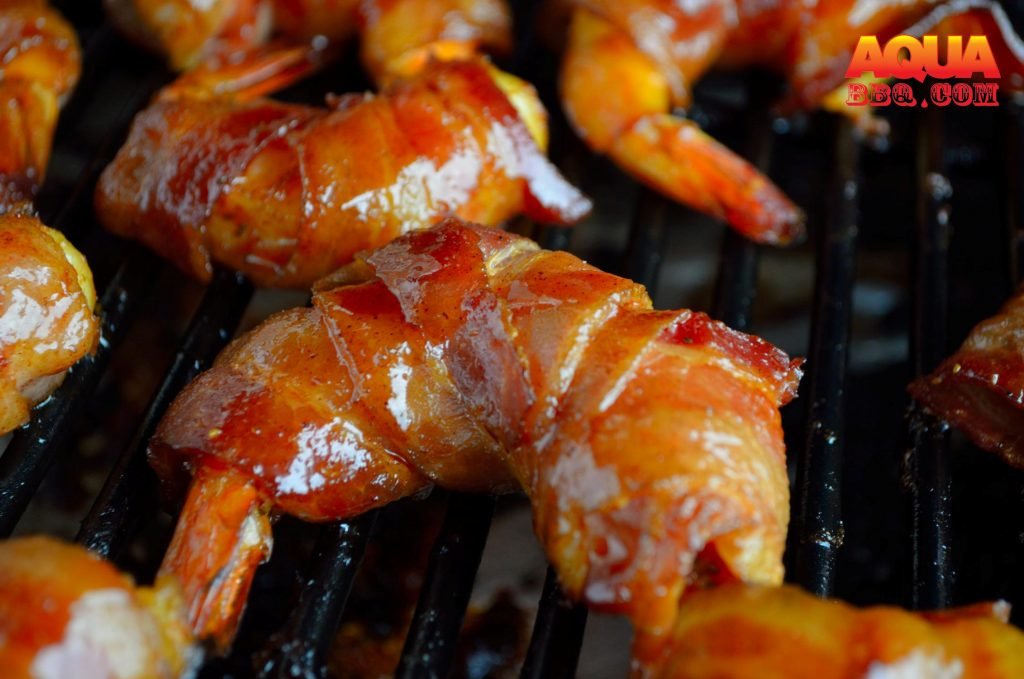 Cook for another 5 minutes or so to let the sauce set. Serve immediately and enjoy!