The 2012 Pork in the Park competitive BBQ contest in Salisbury Maryland was the 2nd biggest in the United States.  In impressive fashion Chef Andrew Evan’s “Walk the Swine” team was named the Reserve Grand Champion, finishing 2nd overall out of 113 teams using Primo Grills & Smokers!  Here is a behind the scenes look: 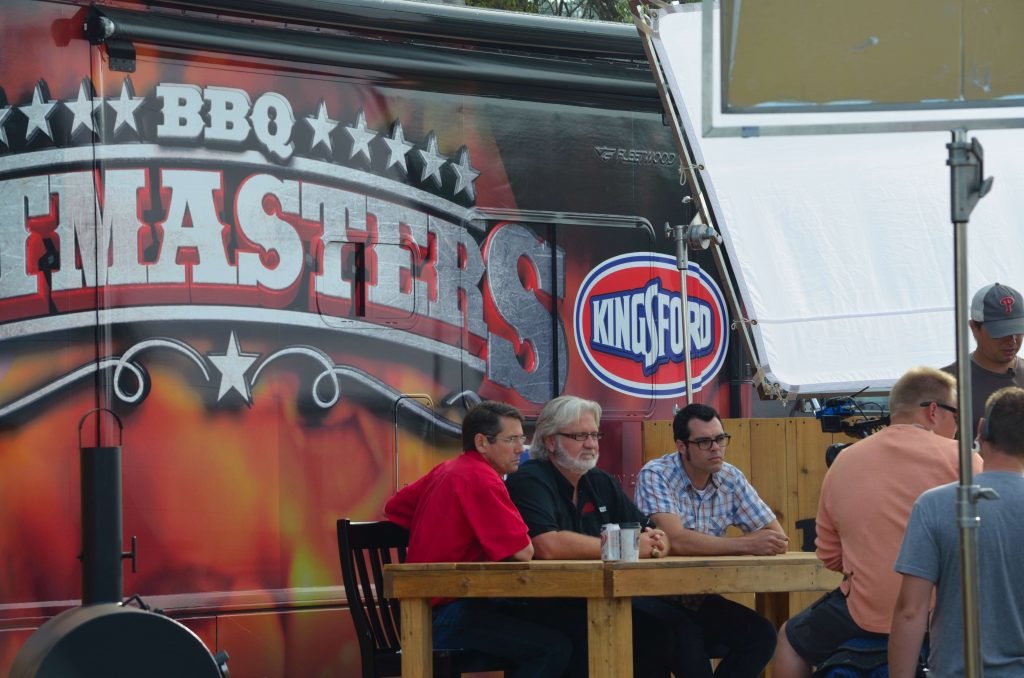 The BBQ Pitmasters crew was on hand filming an episode.  Tuffy Stone, Myron Mixon, and Aaron Franklin had the pleasure of judging a Perdue Chicken challenge. 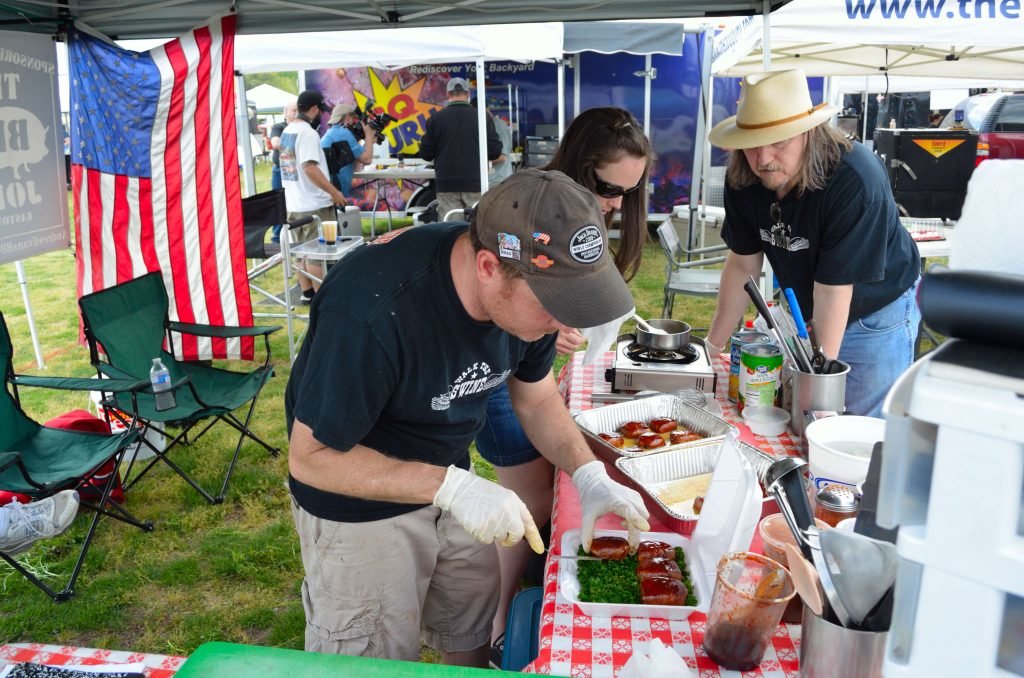 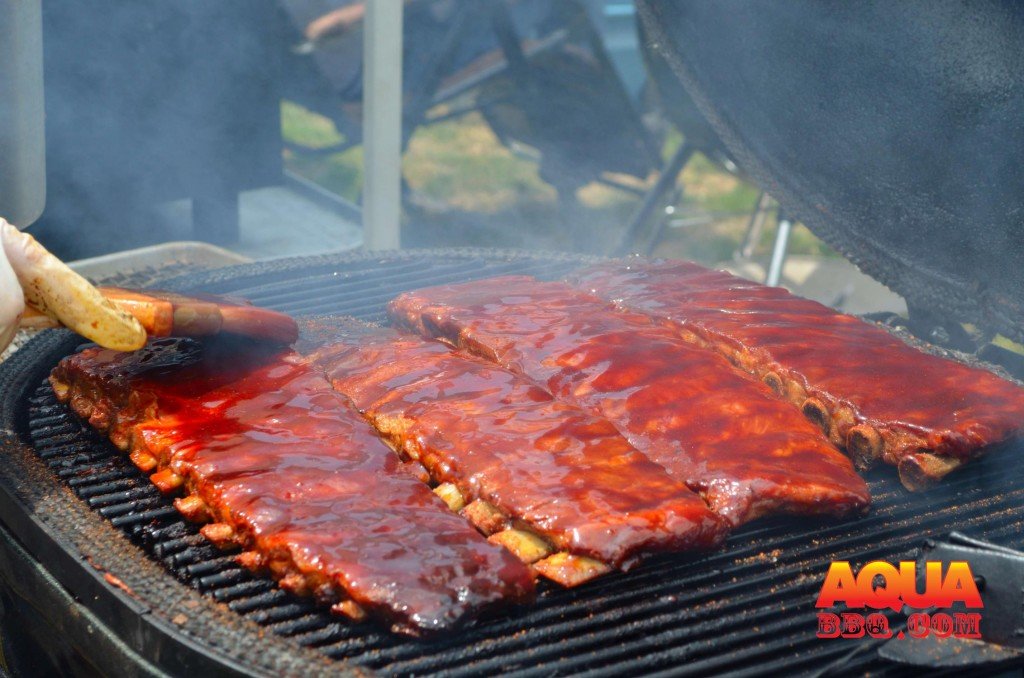 You are looking at 2nd place ribs out of 113 teams! Notice how 4 racks can fit flat on the Primo Oval XL. Primo sells accessory racks that allow the Oval XL to hold 14 racks! 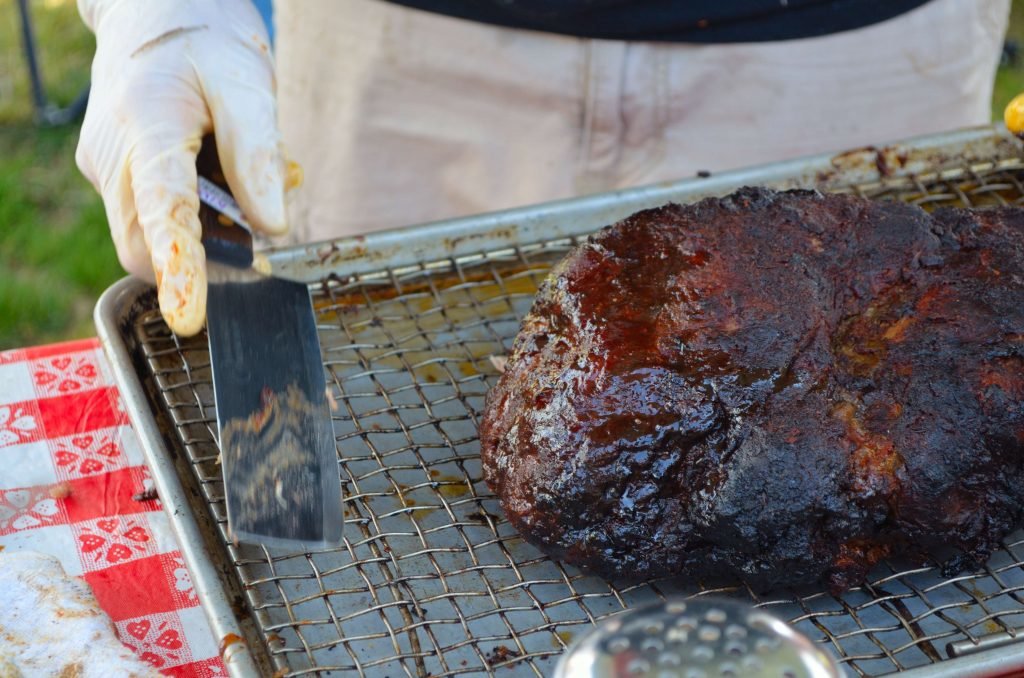 Here is one of 3 pork shoulders Chef Andrew smoked. He is getting ready to cut off the “money muscle” on the end. 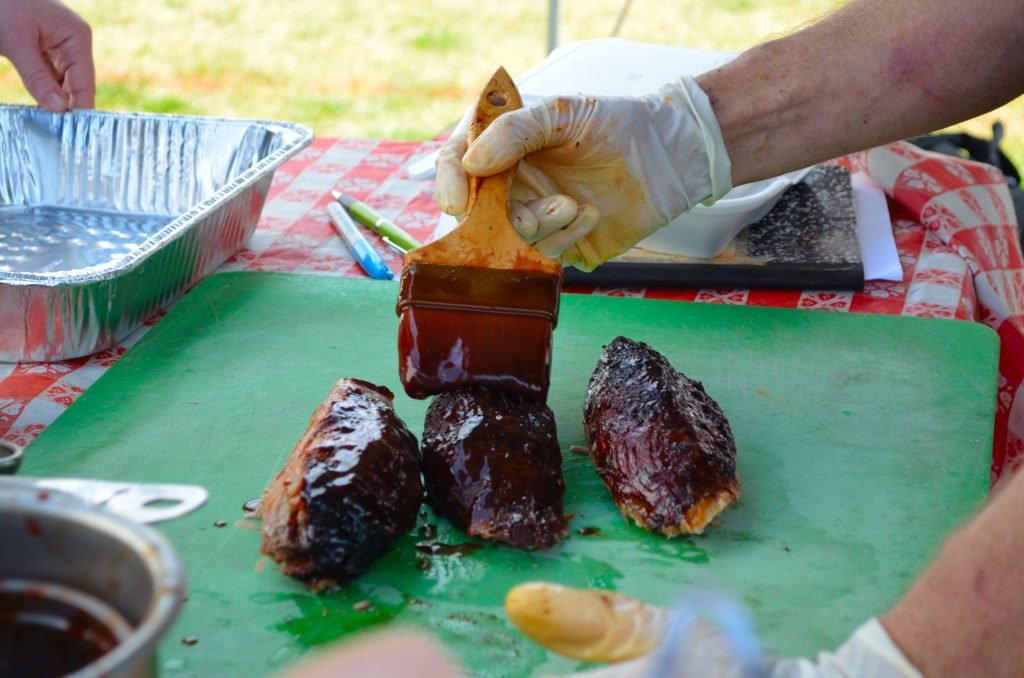 A final glaze goes on the pork before it is sliced for the box. 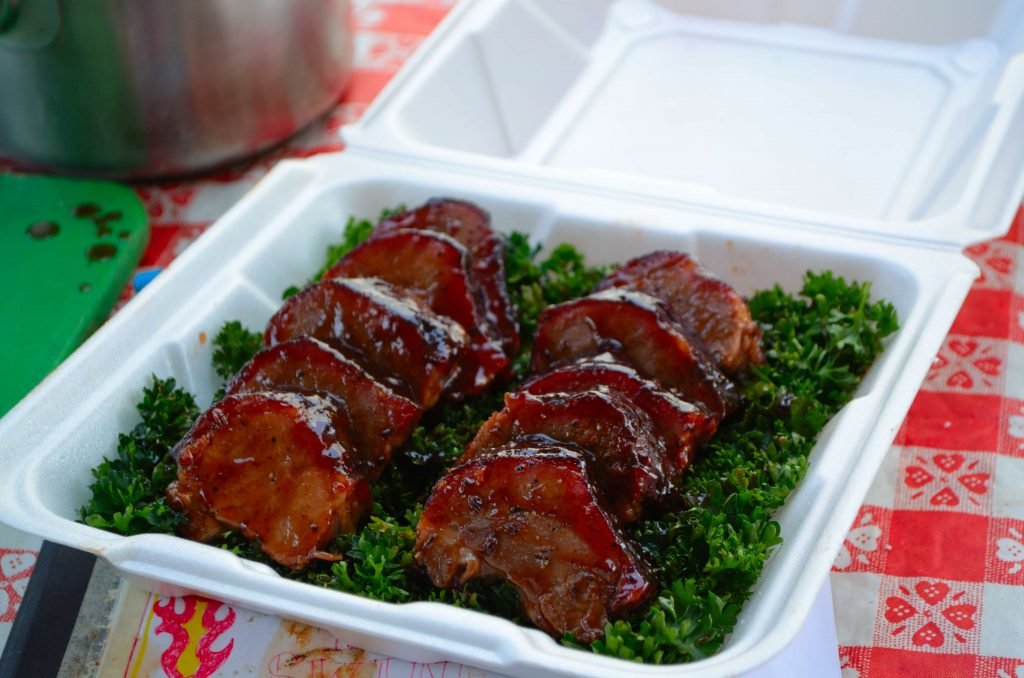 Chef Andrew gambled by only turning in slices of the “money muscle” and was rewarded with a 5th place call. 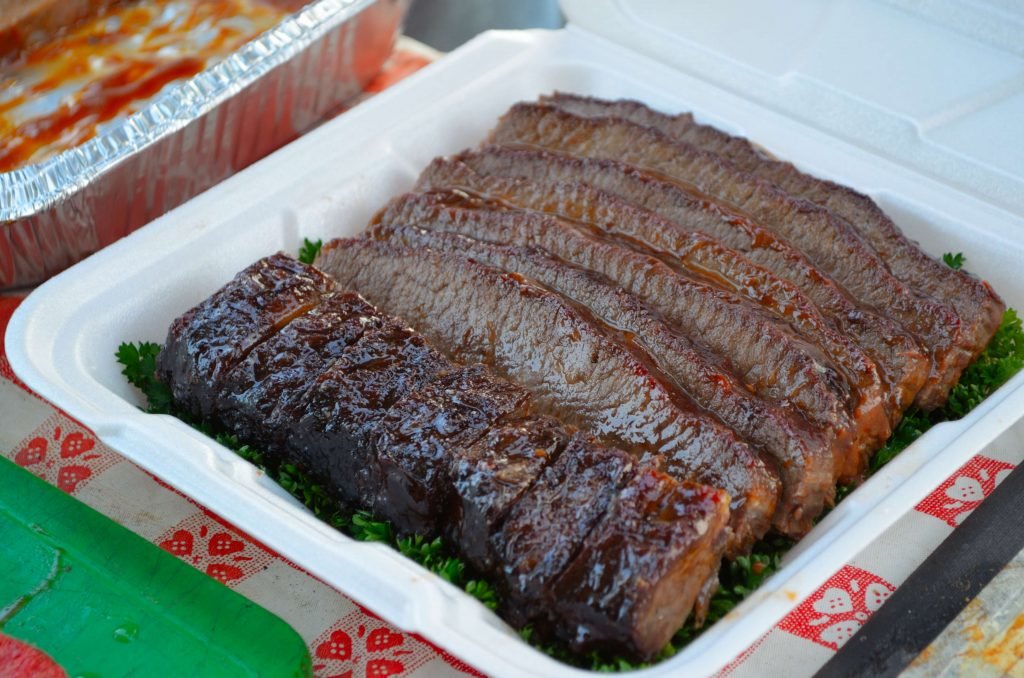 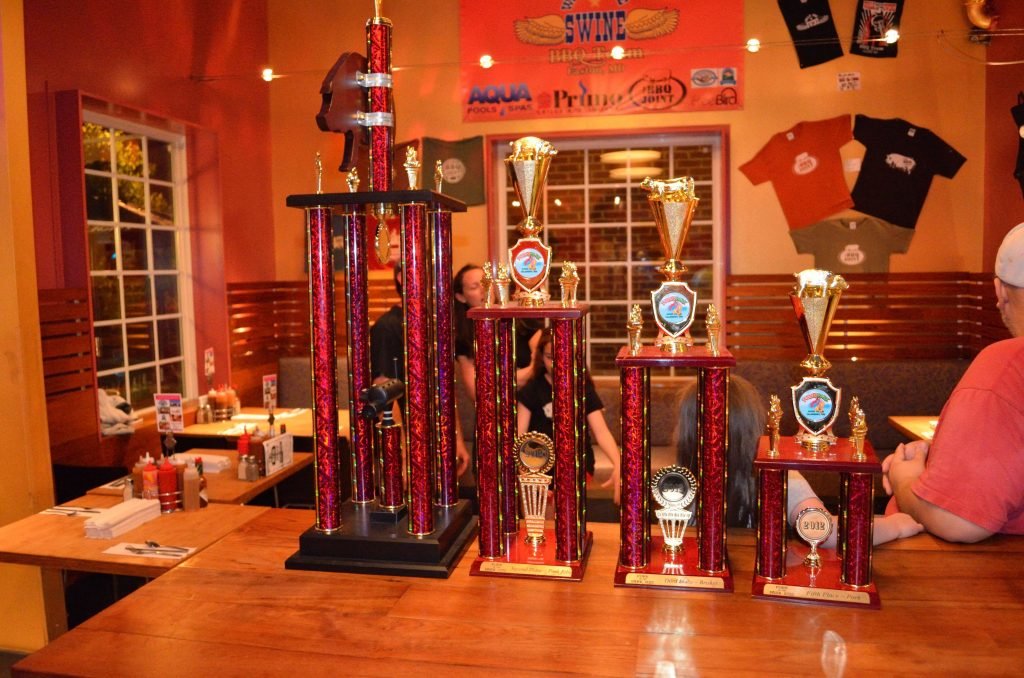 The winning hardware was on display at Chef Andrew’s BBQ Joint in Easton later that night. From the left are trophies for Reserve Grand Champion, 2nd place Pork Ribs, 3rd place Brisket, and 5th place Pork.